How Do You Eat an Elephant? One Zuptoid at a Time…​

How Do You Eat an Elephant? One Zuptoid at a Time…​

It was a Thursday afternoon when a group of Durban-based wealth managers joined INN8 for a discussion on land expropriation without compensation. Here’s what we learnt. 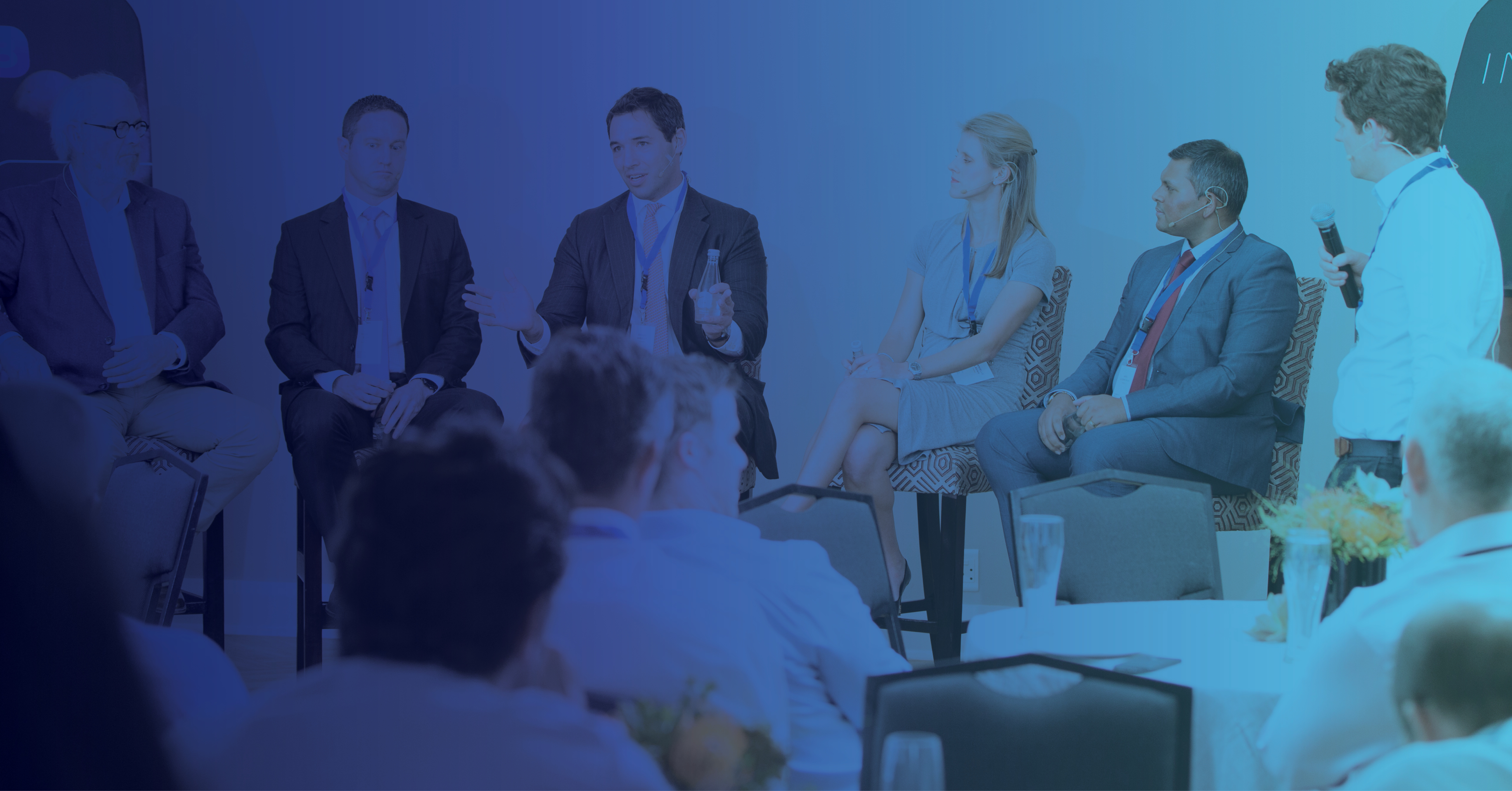 “I really feel better about this country now,” a wealth manager offered as the audience filed out of the Endless Horizons’ conference room.

It was a Thursday and the topic of discussion for the afternoon was the “Elephant in the room” or, the contemplated changes to the constitution and related politicisation of land expropriation without compensation. It is a debate so dominant among South Africans, INN8 thought it was time to address it head-on.

We invited esteemed South African journalist and documentary maker, Max du Preez, to share his insights and analysis of where we stand as a country, how we got here and where, in his opinion, we might end up.

After Max set the scene, a group of portfolio managers, representing various asset management companies, sat down as a panel to discuss their views on managing their portfolios in relation to the current political and economic environment. 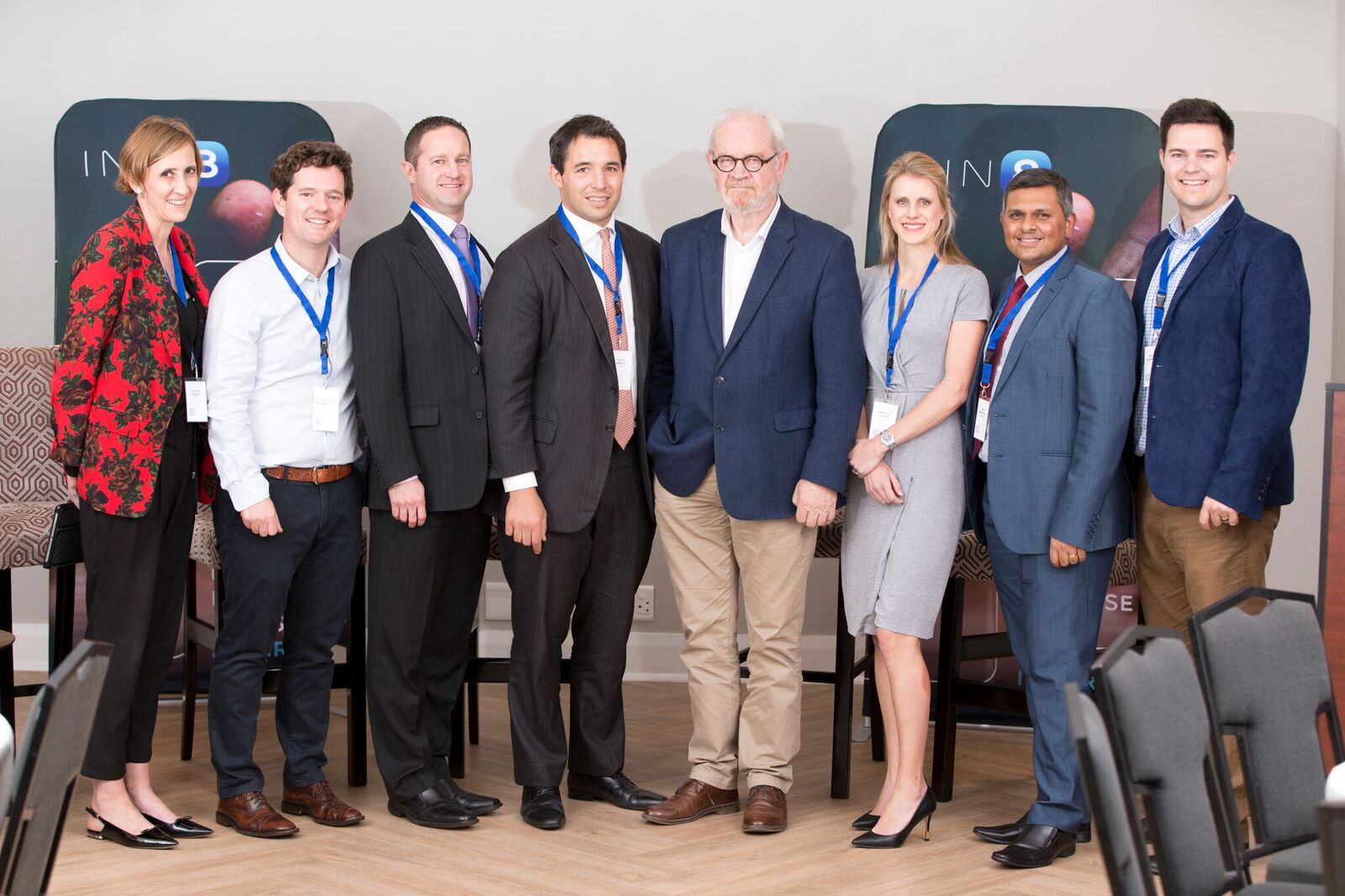 Here’s what we learnt:

According to Max, never has there been so much “confusion, rhetoric, lies and distortion as there is around the land debate”. Panic-stricken landowners combined with populist politics and wilful opportunists have turned the debate into what appears to be a national disaster – but the reality is not quite what it seems.

Land expropriation without compensation is not about farming. “The land issue is about history, it’s about symbolism, it is about justice and it is about redress,” said Max. “More importantly, it’s about urban rather than agricultural land. South Africa is two-thirds urbanised and there was no planning to cope with the massive increase in urbanisation since 1994.”

And while the ANC might say it’s onboard, there’s one thing they stand by: they will not adopt a process that is unconstitutional or undermines anyone’s property rights – unlike the EFF who wants to nationalize land. As always, we just need to wait out until the elections are over for the chaos to subside.

“It’s important to look at the broader context of what’s going on,” explains Doug Abbott from Schroders, a global asset management company with close to $600bn under management and an offshore specialist for South African investors, when asked about the view on global growth and emerging markets.

“We have a multi-asset and economics team who look at the macro dynamics of global markets and, in general, the picture is that global growth has been around 3% in the past few years, 2018 is looking like it’s going to come in at 3.3% this year and 2019 something like 3%.

“While Schroders’ multi-asset team has had exposure to emerging markets for most of the first half of 2018 they have reduced this in the second half in favour of developed markets. It is clear that monetary conditions are changing as the world moves from low-interest rate policy and quantitative easing to a world of increasing interest rates and quantitative tightening. In these conditions, the strengthening dollar is having an impact on returns in emerging markets and also challenging valuations of growth and tech stocks which have performed strongly in the past few years.”

But the strength of the US Dollar is not the only cause of this year’s downfall of emerging markets.

Danielle Lavan, Product Specialist at Investec, explained that “the world has experienced a massive change in the first quarter of this year. It’s the first time we saw major central banks of the world start to reduce their assets while the Fed hiking rates and the oil price has gone up. The effect is that money is sucked out of the system, meaning weaker asset classes and weaker companies with fundamentals aren’t that strong. And we have seen emerging markets come under pressure.”

“We are at the edge of a fiscal cliff,” stated Max after noting that South Africa is experiencing “the longest negative business cycle since 1945”.

There’s no doubt that during the Jacob Zuma era, serious damage was done to our in-state institutions, ending “all political accountability”. “As state salaries, interest on debt and social grants exceed the revenue from tax, we are still technically in recession. Our debt to GDP ratio is at 55%, unemployment stands at 37%. It’s not a good picture.”

However, the fact that “South Africa is still in one piece after such an assault is indeed testimony to this country’s inherent resilience.”

Warren Buhai, a senior portfolio manager at STANLIB, later reminded the audience that South Africa’s equity market has been one of the best performing equity markets globally over the last century. He went on to explain that even though global opportunity is massive compared to local markets, in terms of a long-term perspective, local investors don’t need to hold much more than 25-30% in offshore assets to achieve their goals.

“We not only have to repair the damage, but we have to make up for lost time,” said Max. “Thankfully, Cyril is everything Jacob Zuma was not.”

“Over the past three years, more and more money has flowed into equities because there is nowhere else to grow your money,” explained Warren. “And the global opportunity is massive compared to what you can get in the local market.”

There’s no doubt that globally there is a lot more innovation than at home, which is why it’s a good idea to invest internationally. But when it comes to diversifying, don’t forget to consider sectors, too.

“Whilst companies with stable dividends and balance sheets are well-known and investors feel comfortable to invest in them, it is valuation which matters, areas like value stocks which look interesting at the moment, have underperformed significantly this year and are an interesting area for investors to look at,” added Doug.

In her 21 years in the industry, INN8’s Head of Business Development, Louise Usher, has seldom seen such anxiety in the market. She recently caught up with a financial adviser who shared with her his two types of clients. The first he sees on a quarterly basis. They sit down together, work through the portfolio valuation, have a chat about life goals and then move on.

The second client is a bit more committed, especially in such a volatile market: they have started to use WhatsApp to ask him for tips on the market.

“It’s a whole new world from the business and advice practice perspective and he’s having to decide what kind of financial advice business he wants to run in the future; and how he can serve both,” Louise explained. “The role that technology can potentially play in his business is to be able to provide and deliver superior experience to both, is extraordinary.

“From an INN8 perspective, we have really been thinking about how we can enable the advice you give your client and make that role you play with your clients even stronger. This is the purpose of the INN8 proposition. It’s intended to reflect the values we aspire to as a business by providing intuitive, easy-to-use, innovative platforms for you and your clients.”

As industries are disrupted around the globe, it’s important to look at the companies turning this disruption on its head when investing. Danielle explained how, when adding companies to their portfolio, they look at what companies are doing with their money in terms of research and development.

“With this technological, disruptive world we are moving into, we need to ensure that the businesses that we own, are using money to defend their competitive advantages and that the products that they have are remaining relevant, are innovative, and are investing for the future.”

Anil Jugmohan, Senior Investment Analyst at Nedgroup Investments, explained that, while Netflix might have been one of the best performers this year in terms of stock returns, Charter Communications has what Netflix needs to provide its service to its subscribers: data.

“It doesn’t matter how many subscriptions you buy to Netflix, if you don’t have data – and you need enough of it to watch all those movies – there’s no way that service is going to be of value to you,” Anil explained.

“For many years, Charter Communications has been losing subscribers to their cable business, but the one thing that many global investors actually missed about the investment thesis was the fact that Charter already had infrastructure in the ground, and are able to provide speeds of data similar to optical fibre almost immediately. Charter doesn’t need to dig up all the roads like fibre providers are doing in Cape Town, for example.”

The world of a wealth manager is often an isolated one and having some downtime to connect with industry peers adds great value to anyone’s business. Hosting the event on a midweek afternoon meant advisers were still working but in an informal setting. The atmosphere was relaxed, intimate and insightful.

INN8’s mission is to change the way investments are done, and we want to collaborate with you, the wealth manager, to achieve this.  We hope to connect with you at our next event.

The Power of Platforms

In the Room with CoreShares

In the Room with CoreShares

The Future of Advice

The Future of Advice

In the Room with Old Mutual Investment Group

5 Tenets of Self-Actualisation Every Wealth Manager Should Consider

8 Lessons Learned From An Evening Of Tastebud Disruption